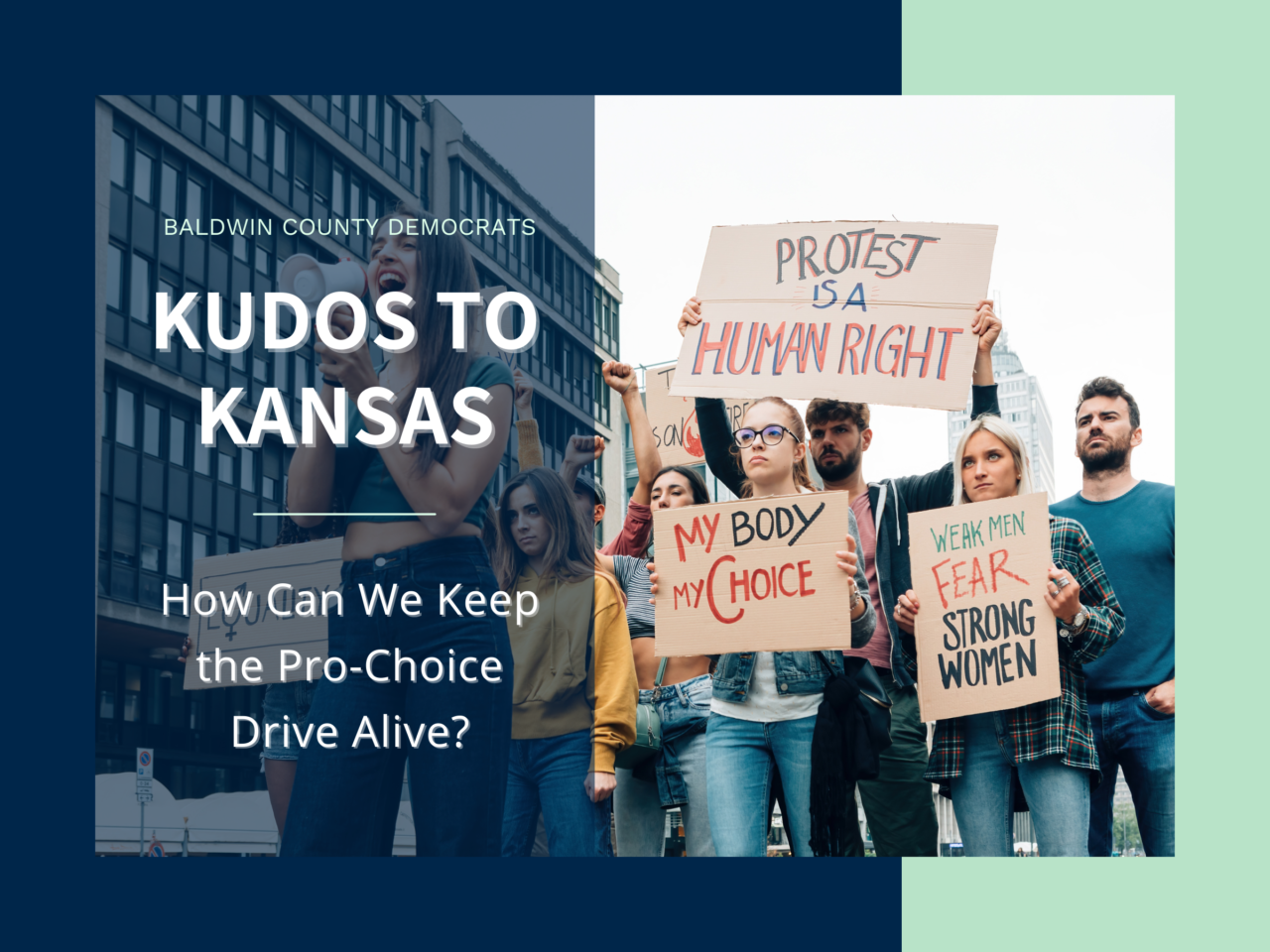 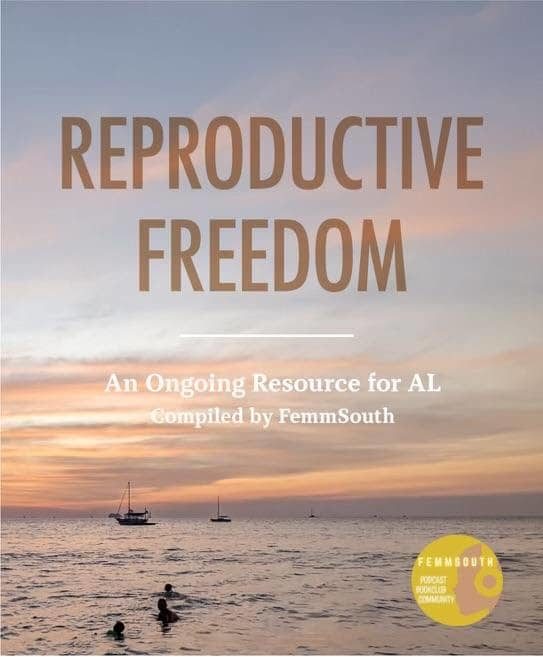 Progressive champion Elizabeth Warren said what we were all thinking in just three words.

“The results from Kansas are definitive proof that when progressives unite and work as a team, we can be successful in pushing back against the radical agenda of today’s Republican Party,” Fisher said.

The Kansas vote was a boost of optimism for Democrats banking on their belief that opposition to the recent Supreme Court decision overturning a half a decade of pro-choice precedent would galvanize opposition and drive voters to the polls. The Kansas referendum sparked a surge of new voters, with more than 800,000 turning out, blasting out the 470,000 who turned out for 2018 gubernatorial primary, according to numbers published in The Guardian.

The referendum sounds a warning to a Republicans looking to drum up anti-abortion sentiment when, even in the ultra-red states like Kansas, voters largely support abortion rights.

“Tonight’s result speaks for itself: the majority of Kansans rejected Republicans’ assault on the right for women to make their own health care decisions and believe that abortion should be safe and legal. Kansas Republicans’ attempt to lay the groundwork for an extreme and wildly unpopular abortion ban failed,” Democratic Party leader Jaime Harrison said in statement Tuesday night.

“While the fight to defend abortion access in Kansas and across the United States is far from over, today’s victory is a reminder that voters will hold Republicans accountable for their extreme anti-choice agenda,” he said.

Alabama leaders probably won’t offer us the courtesy of a referendum. Just like with reproductive health decisions, they choose to make our choices for us. But we can still weigh in on who is making the decisions by voting for pro-choice state and local candidates.

“Our objectives must include organizing around specific issues within the Democratic Party, such as a woman’s right to make her own reproductive healthcare choices,” Fisher said.

“By building passionate volunteers and galvanizing our movement, we can roll back these efforts and gain ground in all locations, including traditionally conservative states,” he said.

When the Aug. 2 Baldwin County Commission meeting gaveled open, Matthew McKenzie was sitting in the District 2 seat. Not a peep about what became of Joe Davis III, who sat there just two weeks ago.

Fellow commissioners extended a warm welcome to McKenzie, appointed by Kay Ivey last weekend in keeping with the governor’s authority to fill a vacant seat. They warned their new colleague about the rigors and demands of serving his new constituents in Fairhope, Daphne and Spanish Fort.

But why had Davis forfeited the chair before the end of his term? Nada. No one asked. No one offered any information.

McKenzie, a retired member for the U.S. Marine Corps and a former Alabama law enforcement officer, was the heir apparent for the the District 2 County Commission slot, after winning the spring Republican primary and with no Democratic opponent on November 8th.

Joe Davis had announced in January that he would not run for re-election, citing health and family reasons. At the time, he said he planned to finish out his term.

So the only real upshot of the hushed and unannounced resignation and subsequent gubernatorial appointment is to grant McKenzie an extra several months of service.
A source close to the situation said Davis likely resigned due to health issues.
So why not just say so?

District 4 Baldwin County Commissioner Skip Gruber was the sole vote to diss the will of a citizens advisory committee in the newly created County District 37 near Fairhope.

At the July 19 regular meeting, Gruber voted to approve an apartment complex near the intersection of Highways 104, 181 and St. Michaels Way, even though it does not comply with building regulations just adopted in two new county districts.

Residents voted to create two new county planning districts in February. Voters approved District 37 in a landslide win, 367-68. District 8, near Twin Beach Road, was a tighter fight, but got the green light 179-172.

“When we went door to door (to advocate for creating the new planning district) people were passionate against high-density residential,” said Elizabeth Wilson, chairman of the citizen advisory group that drew up new rules for development in District 37.

“That’s the reason we won in landslide is because people don’t want apartments in our district,” she said.

Alec Barnett, the Democrat challenging Gruber for District 4 in this fall’s election, is running on a platform to curb runaway development and to ensure infrastructure is in place before approving new construction. Commissioners have a duty to give more than lip service and follow through on the wishes of constituents, he said.

The citizen advisory committee turned down developer Robert Alexander’s application for a 12- unit per acre complex and the Planning Commission recommended it be denied. The apartment plan was ultimately rejected, with three county commissioners voting to turn down the request and Gruber the only vote to approve.

Gruber said the complex, was “ a logical place for workers to live” and was sympathetic to the $560,000 the developer had invested on the project. Planning and Zoning Director Matthew Brown said the application was not complete at the time the new regulations took effect, so investors could not claim “vested interest.”

Controversy over new development is fueling drama across the county. Opposition to two proposed subdivisions drove over 100 people to a Planning and Zoning Commission meeting July 7. Residents said the developments would destroy their rural lifestyle and that both areas lack infrastructure to support an influx of new residents.

Tempers flared, constituents shouting at the planning commission members. With so many people signed up for public comment, officials moved the subdivision proposals to the end of the agenda. But before the final case, one of the commissioners left and the body was short of a quorum.

”All of these people came, and they put the most important issues last,” Phillip Norris, a Baldwin County resident, said.

has postcards waiting to be addressed!

They are in batches of 25. The batches will have addresses and instructions attached. All you have to do is copy the address onto the card. You do not have to put postage on them, but if you feel generous and have the means to do so, it would be greatly appreciated.

Just leave a message in the email by clicking on the button below on how many you would like, a contact number and general location where you live. We will get in touch with you.